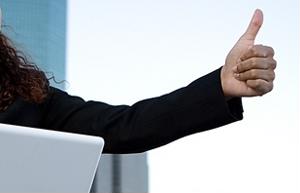 The economy may be tough, but one thing is clear: Americans still love minimally invasive cosmetic procedures. That was the gist of the latest report from the American Society of Plastic Surgeons (ASPS), which showed that in 2011, nearly 14 million cosmetic procedures were done in the U.S., and Americans spent more than $10 billion on them.

According to the report, there was a rise in the three main categories: common plastic surgery procedures, reconstructive surgeries and the minimally invasive cosmetic procedures, such as Botox injections and laser hair removal.

Botox is leading the way

The study showed that this overall growth seems to be driven by the fact that more Americans are seeing the benefits of minimally invasive procedures, especially Botox injections. The official website for Botox Cosmetics states that more than 11 million men and women have experienced the wrinkle-smoothing results of these simple injections.

In 2011, there were an estimated 5.7 minimally invasive procedures performed, which is a 5 percent increase from last year.

“Overall, cosmetic surgeries have become safer, more efficient and relatively cheaper. Generally done in an outpatient setting – in a doctor’s office or surgical center – they frequently require no overnight stays in the hospital,” according to the news source.

The information provider spoke to ASPS President Malcolm Roth, M.D., who said that more people are calling for quick fixes with minimal down time. The doctor added that fillers like Botox are able to give people dramatic improvement to their appearance with less cost, risk and recovery time.

The news source discovered that the third most popular cosmetic procedure in the country is liposuction. While some people may believe that this is an invasive operation, it doesn’t have to be, thanks to laser lipo. This involves targeted laser energy to help remove fat from problem areas of the body. This procedure is less expensive than traditional liposuction, and only calls for one to two days of downtime.

The results are clear: Thanks to Botox, lasers and other advancements in technology, cosmetic procedures are more popular, safe and affordable than ever before.