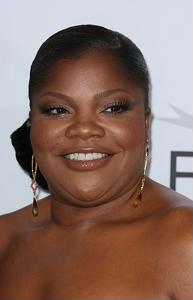 Humans are mammals, and all mammals have hair. But does it necessarily follow that all Homo sapiens enjoy being hairy? Just take a look around at any drugstore or supermarket beauty aisle and you’ll have your answer. The wealth of creams, waxes, lotions and razors on the shelves are a clear indicator that in our society, a lot of hair is unwanted.

Still not convinced? Take a look at some of the media uproars that have occurred whenever a glowing Hollywood celebrity should show a little fur on her legs or armpits. Back in 1999, at the premiere of the movie Notting Hill, Julia Roberts waved to the crowds and stunned them with her noticeably au naturel underarms, according to The Independent Woman. Then there’s Oscar winner Mo’Nique, who took home a 2010 Academy Award for Best Supporting Actress and plenty of criticism for her unshaven legs.

“Female celebrities aren’t perfect. They’re people who have busy schedules and sometimes don’t get everything done,” said stylist Cathy O’Connor, quoted by the news source. “When I see a celebrity with a hairy armpit, I think ‘thank goodness’ because it makes me feel like I’m not alone.”

However, she did add that hair-free underarms and legs are more aesthetically pleasing. But what’s to be done when millions of American women are too short on time and energy to keep having to wax and shave?

The solution may have been waiting at their local medical spas all the time. Facilities such as Reflections Medical Spa in New Jersey offer laser hair removal, which is a safe, quick and time-saving alternative to pulling out the cream and razor whenever it’s time to shower.

This procedure is one of the most popular and commonly performed cosmetic treatments in the U.S. Laser light helps destroy the hair follicle on the arms, legs, bikini area or any other body part that patients want to be smooth. After a series of four to six office visits, most people notice significant reductions in the amount of hair in these regions.

“With so many options available, there’s no need for anyone to have hairy armpits, especially with permanent solutions like laser hair removal now so affordable,” O’Connor told the news source.