Home | Blog | Cosmetic procedures – and the patients getting them – are changing 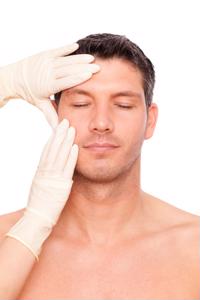 When plastic surgery first became a trend, the typical customer was an aging socialite living in a big city. Also, patients were once left with noticeable scars and required to spend long stretches of time in recovery. With today’s advances in technology, there are more minimally invasive procedures than ever – from laser liposuction to Botox injections – and the stereotype of a patient receiving these treatments is no longer relevant or accurate.

An article in the Philadelphia newspaper The Inquirer reported on evolving trends in cosmetic surgery, stating that healthcare providers in the 1960s could never have dreamed up the treatments that are available today.

Plastic surgeon Daniel Baker told the news source that the variety not only means more options, but also a need for research on the part of the patient.

“It’s a new world, where it’s difficult to separate the hype form the science,” said Baker, quoted by the news source. “Every patient must be a savvy consumer.”

Cosmetic surgery clients range from 20-somethings looking for a breast augmentation, to men seeking subtle changes to look younger in the workplace, to older women seeking alternatives to traditional face lifts, such as laser skin rejuvenation.

“The evolution in the face lift is astounding, with less radical lifts, minimal scarring, lower morbidity and shorter recovery time,” Baker said, quoted by The Inquirer.

The LA Times also reported on the growing diversity of minimally invasive aesthetic treatments, describing a modern medical spa as a “smorgasboard of the latest nonsurgical cosmetic procedures.”

The LA Times spoke with president of the American Society for Aesthetic Plastic Surgery Jeffrey Kenkel, who confirmed that there appears to be a growing demand for new procedures, such as laser liposuction or laser skin rejuvenation.

“Some patients only want a little bit of change,” Kenkel said, quoted by the news source. “Others “just aren’t interested in a surgical option.”

The surgeon said that patients should seek out a healthcare provider who can give them realistic expectations for the outcome of a procedure, as well as provide a full range of services.