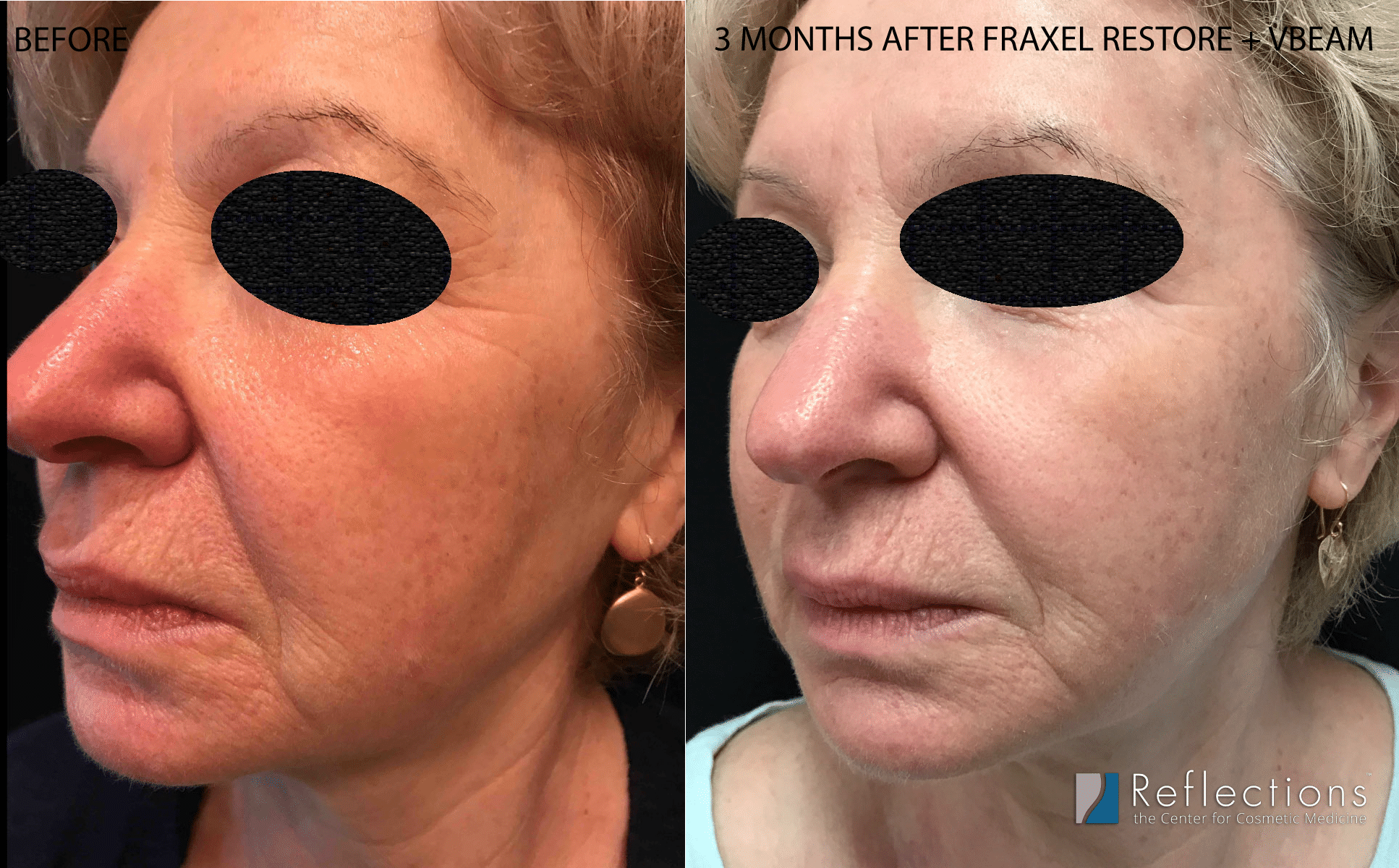 This patient had significant wrinkles, fine lines, and sun damage (brown spots and redness). She probably could have undergone a much more aggressive CO2 laser, but opted instead to have a series of treatments with Fraxel Restore Dual and Vbeam treatments, which allowed her to avoid the intense downtime that accompanies any aggressive CO2 lasering. She is shown here 3 months after the first treatment, with amazing results. She will continue to see improvements from a few more treatments, though.

Many people want to know about the healing process from laser skin resurfacing, and it does vary quite a bit from laser to laser, and even with the same laser using either different settings and on different patients. However, for a pale patient such as this, redness lingering after laser treatments is pretty common, and this timeline for redness resolution (mostly by 1 month, and completely at 3 months) is normal, so we have included her photos below so that you can see that, too.

If you want to discuss your laser skin resurfacing treatment options, we warmly welcome you to our offices for a complimentary one-on-one consultation with one of our cosmetic physicians.