Jennifer Aniston dishes about her obsession with laser skin rejuvenation 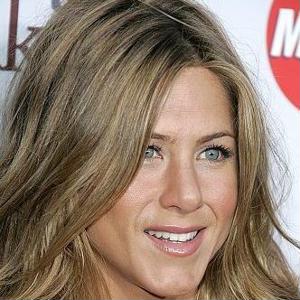 Actress Jennifer Aniston appears on the March cover of InStyle magazine looking not a day older than she did when the world better knew her as Rachel from Friends. She recently told the magazine that she also feels like the same person who made shaggy layers a hot trend in the mid-1990s.

Aniston, 43, told the style news source that she looks at 20-year-old actresses and feels like she’s looking at one of her peers – and don’t even get her started on being asked to play the mother of a teenager as a character role.

“You lose perspective,” Aniston told InStyle, on feeling young. “Being offered the part of a woman with a 17-year-old child. It’s like, ‘I’m not old enough to have a 17-year-old!’ And then you realize, well, yeah, you are. Young? I don’t feel my age. I feel young every day.”

Perhaps her glowing skin has something to do with it. The notoriously tight-lipped actress hinted that she’s a fan of laser skin rejuvenation.

Hydration and good nutrition also play a part in Aniston’s youthful glow, according to a 2009 article in Elle magazine. The actress’ dietitian Carrie Wiatt told the news source that supplements aimed at reducing inflammation in the body – namely, those containing omega-3 fatty acids, B vitamins and querecitin – help keep the skin supple and glowing, as they promote moisture retention and blood circulation.

Aniston is also known to be an exercise enthusiast, especially yoga. An article in Yoga Journal magazine reports that the mind-body practice may help improve skin health by reducing stress and promoting overall wellness.

Women who want to obtain a younger looking appearance can learn a lot from Aniston’s practices – including the fact that she does her research on laser skin rejuvenation. While the procedure is not invasive and has been found to be safe, it’s important to seek out an experienced, accredited professional in order to get the best results and minimize the risk of complications.