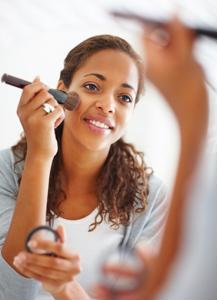 Pink cheeks are a sign of youth and beauty, which is why so many makeup products fly off the shelves each year. Typically, when we think of the act of blushing, we associate it with positive things like brides, romance and modesty. But what happens when there is too much reddening? Large ruddy patches spread across the face, neck, chest, back and scalp are certainly not attractive and may even be embarrassing for those who have them.

The condition is known as rosacea and is most common among those in their 40s and 50s. Although no one cause has been pinpointed, genetics are likely to be a contributing factor. In the early stages, individuals may experience persistent redness and spider veins in the cheeks, followed by bumps that may contain pus. Later on, if the disease is allowed to persist, it may spread to the eyes and lead to inflammation.

There is currently no cure for rosacea, but laser skin rejuvenation can be a good way to bring the redness under control. In many cases, a topical medication is prescribed, since applying an antibiotic ointment may be able to manage milder forms of the disorder. Patients who have more severe redness, however, may prefer a minimally invasive technique such as the intense pulsed light laser treatment.

Those who undergo the procedure can request general anesthesia, but it is generally not needed. The process involves passing light over the afflicted areas, which purposefully damages the pigmented lesions. The body then naturally recovers itself, leading to an even, natural appearance that looks more vibrant and youthful.

According to the Toronto Sun, the newly married Prince William of Wales is a sufferer of rosacea, as are comedian W.C. Fields, actor Ricky Gervais and former President Bill Clinton.

“We do know that people who suffer from [the condition] tend to have very sensitive skin,” said dermatologist Jason Rivers. “It seems to be more common in fair-skinned people.”

According to a recent survey conducted by the National Rosacea Society, 87 percent of patients said that the disorder made them feel uncomfortable and prompted stares from others.

Undergoing laser skin rejuvenation can be a quick, effective way to address the condition and help boost self-confidence.