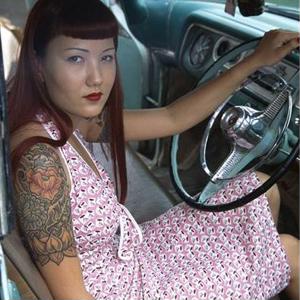 Tattoos are considered a form of art. Millions of Americans express themselves through inked skin, which is a way of showing the world who they are, what they love and who they’re with at the moment. Back in the day, most people may have associated body artwork with men, particularly those of the bald and muscular persuasion. However, tattoos have graced the skin of many a Hollywood celebrity or politician, male and female alike.

There is no shortage of famous actors and actresses with skin art. Stars are often as famous for their short-lived relationships as they are for their movies, which is why getting a tattoo that’s representative of their current flame doesn’t always work out.

Take Johnny Depp, for example, who once had the words “Winona Forever” emblazoned across his bicep in honor of Winona Ryder. MSNBC reports that when they broke up, he opted for laser tattoo removal to change the art to “Wino Forever.” Meanwhile, Pamela Anderson, who once had the name of her ex-hubby tattooed around her ring finger, also changed hers – switching from “Tommy” to “Mommy.”

There are many other reasons why tattoo removal is so popular. Some people opt to go under the laser in order to strengthen their candidacy for a job.

“I got called for an interview [for an Army position] last May. But three days before, they had imposed a ban on visible tattoos,” Liam Midgley told The Sun. “I was mortified to be told I could go no further.”

In the past, those who wanted their artwork removed had to endure painful procedures like cryosurgery or excision. Fortunately, laser tattoo removal is a safe, minimally invasive option for people today who want effective results without having to undergo a traumatic experience. Patients will generally require several treatments – depending on the size and location of the tattoo – which involve the administration of intense light into the skin.

The technique uses a topical or injectable anesthesia, making the process more comfortable. Results generally start to appear two weeks after the first session and will continue for up to six weeks.

No matter what the reason is for getting rid of skin art, laser tattoo removal can be a good way to start over with a clean slate.