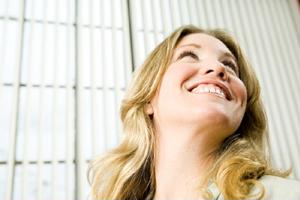 Most people get cosmetic procedures to enhance their appearance and feel better about themselves, but does it help? Even if a person’s laser lipo or botox injection are effective at zapping fat and wrinkles, do clients actually walk away with improved self-esteem? According to a recent study published in Plastic and Reproductive surgery, the answer is yes.

Scientists found that patients who underwent a liposuction or abdominoplasty (also known as a tummy tuck), reported that they experienced increased self-esteem and quality of life after their procedure. Researchers studied 360 people who were getting lipo and/or a tummy tuck. Also, 30 percent of these individuals also received a facelift, breast augmentation or other cosmetic procedure at the same time.

This is a significant finding, considering that an increased quality of life is the goal for many people who get cosmetic procedures done.

These findings coincide with previous studies that have shown the psychological benefits of cosmetic procedures. For example, back in 1998, researchers from Rutgers University found that cosmetic procedures significantly improved quality of life for patients. Furthermore, the scientists said that the positive feelings reported by patients were long-term.

Medical News Today reports that in the last few years, advancements have been made in lipo that allow doctors to remove more fat cells with less blood loss, risk and discomfort. For instance, laser liposuction is known to have fewer side effects because it liquefies fat before it’s suctioned out, resulting in smaller incisions and shorter healing time.

“If a patient has thought everything through carefully beforehand, talked to their general practitioner and surgeon about their aims, motives and expectation, the surgeon is skilled and well qualified, and there are no complications, most patients are pleased with their [lipo] results,” according to Medical News Today.

All of this suggests that individuals who have been considering laser lipo should continue to work to find a qualified doctor and facility to receive this procedure and potentially improve their quality of life.