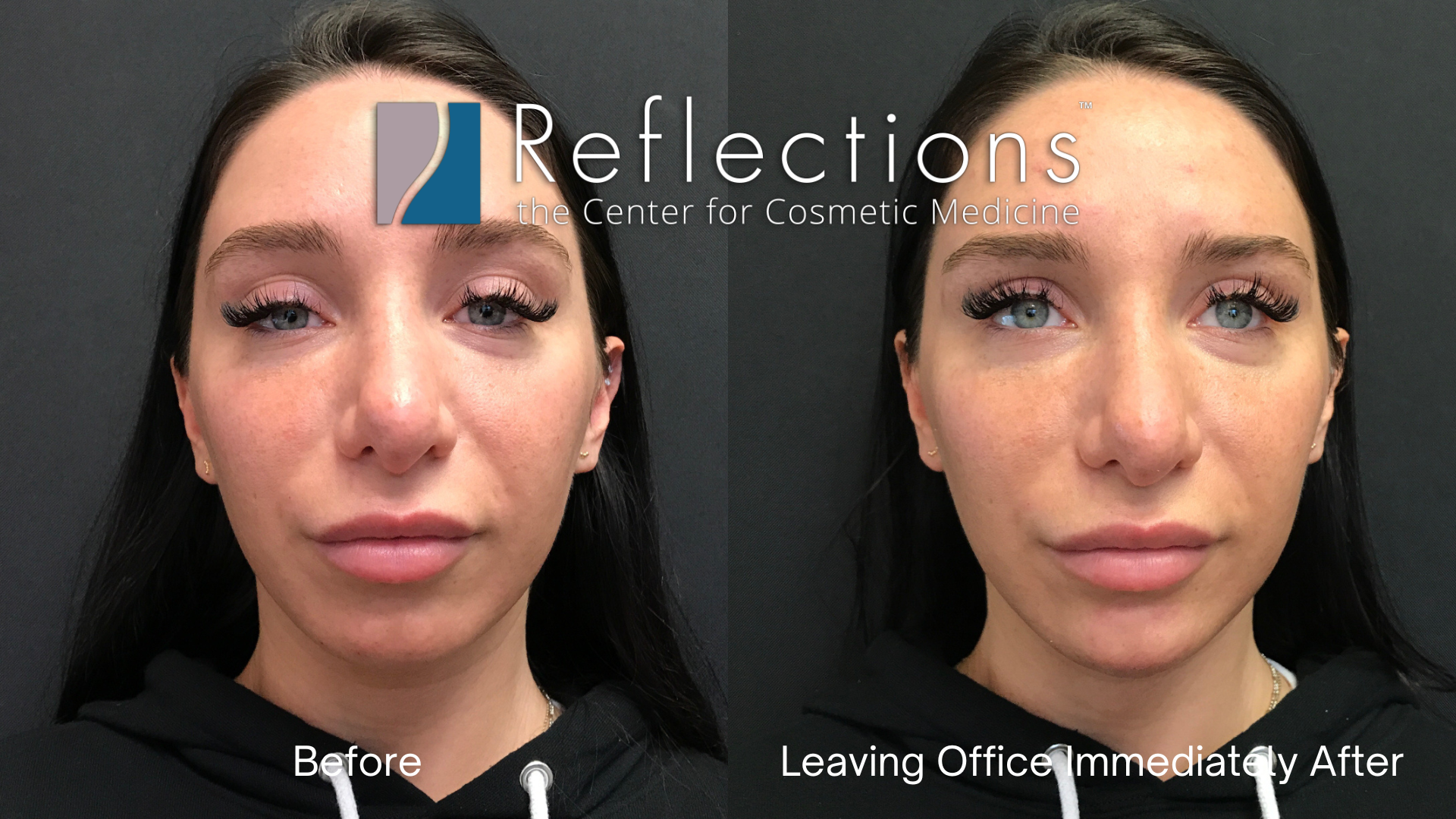 Damara is quite young to be having 3 syringes of Voluma – and she never considered chin filler until she asked our physicians what they would do if given cart blanche, and they said chin filler would rebalance her face.

After her chin filler, Damara remarked how her nose and cheeks looked very different – and she loved it! She saw her nose looked more in proportion – and she said she was delighted to feel like she didn’t need the nose surgery she had been considering. You can also see how her cheeks appear more lifted and sculpted, instead of round – a look that the Hadids have made much more popular.

The height that the chin filler created in her face is beautiful and natural-appearing, but also rebalances the proportions between her features and increases the phi or golden ratios in her face.