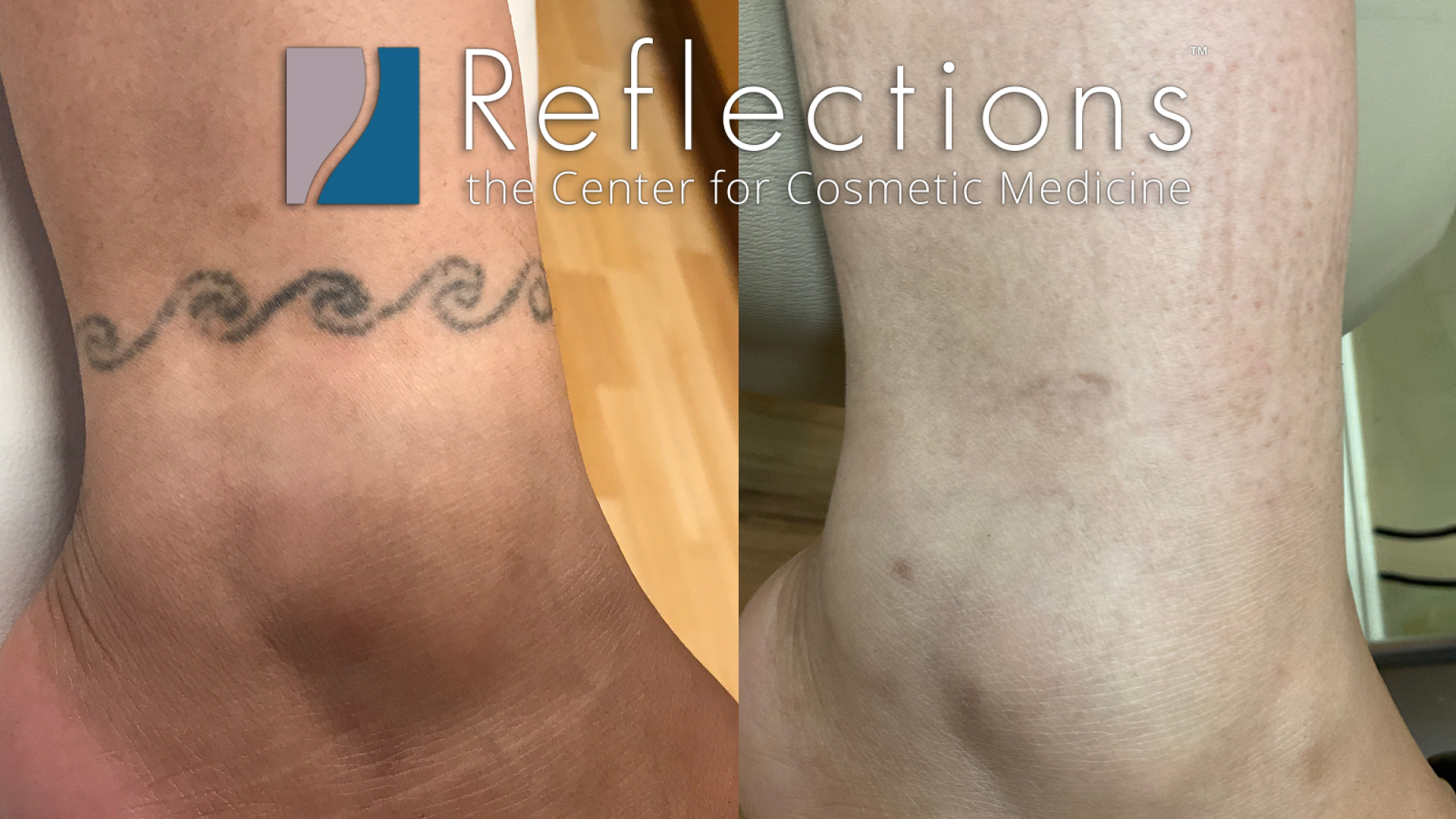 This patient had a black tattoo of a wave motif wrapping around her ankle that she wanted removed.
3 sessions later (at a total cost of $750) her tattoo is gone.*

We used the PiQo4 laser, which is a picosecond laser that targets black ink. Picosecond lasers not only cut down the number of treatments needed to remove tattoos, but they are also significantly safer for skin of color.

*Please note the cost per session is based on size and complexity, and the number of sessions needed by an individual is influenced by the colors of ink in their tattoo, depths of ink placement, style of tattooing that was done, their individual body’s speed at clearing away ink particles, and the abilities, knowledge, and tools (lasers) used by the doctor providing the treatment. Our practice invested in many different tattoo lasers, because each laser can produce 1-2 wavelengths, and each wavelength can only treat 1 color of the rainbow. We also invested in the world’s highest powered picosecond laser, PiQo4, because it makes short work of black ink, which is a part of nearly every tattoo we see.