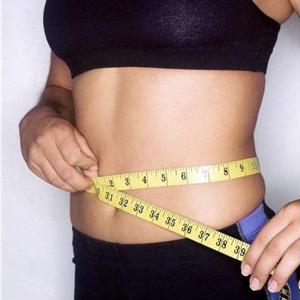 Liposuction is a cosmetic procedure that many view as simply a convenient path toward thinner thighs or a flat belly. However, research that was presented at the recent annual meeting of the American Society of Plastic Surgeons reveals that the procedure may actually have cardiovascular benefits for individuals with high blood levels of triglycerides.

A team of scientists analyzed the fat present in the blood of 322 liposuction patients. They discovered that volunteers who had triglyceride levels high enough to put them at risk of cardiovascular disease experienced a significant improvement in their blood test results.

“Liposuction has long been considered a purely cosmetic procedure but this study has found that white blood cell counts decrease, on average, 11 percent after liposuction,” said Dr. Bruce Katz, director of JUVA Skin & Laser Center and pioneer of SmartLipo. “High white blood cell counts are associated with a raised level of inflammation within the body and have been linked to coronary heart disease, obesity, hypertension, and diabetes. This suggests that liposuction may translate into a procedure that has the ability to reduce a patient’s health risk.”

However, authors of the study were careful to note that the procedure is not a replacement for doctor-recommended therapies to help improve cardiovascular health in at-risk patients.

The researchers said that their findings also show that the subcutaneous fat which lies directly beneath the skin may have more of an impact on wellness than previously thought. Currently, it is believed that the visceral fat located deeper in the body and close to vital organs is the most damaging type of lipid.

The study authors also noted that liposuction is the fourth most common cosmetic procedure in the U.S. Moreover, a new technique known as laser liposuction makes a slimmer waistline and healthier heart easier to achieve.

A procedure called SlimLipo uses lasers to liquefy fat, which is then suctioned out of the body. Since the lipids are more fluid, a medical professional can make a smaller incision than was required with older techniques. This means less scarring and less time spent in compression garments after the operation. Moreover, practitioners report that SlimLipo is significantly less painful than traditional liposuction.

Individuals who are considering SlimLipo treatment should seek out a trusted medical facility that is staffed with experienced healthcare professionals.