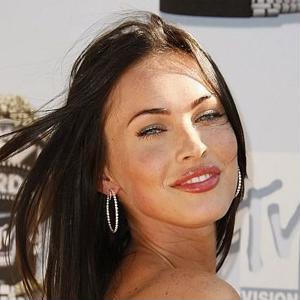 Although many people give their tattoos a lot of thought before getting inked, others do it on the spur of the moment. Years later, they might be stuck with something they don’t want anymore. Sometimes, it simply doesn’t look good anymore, especially if it has faded with time or is misshapen due to pregnancy. In some cases, getting rid of skin art is a matter of professional, social or emotional necessity.

Take actress Megan Fox, for example, who has a total of nine tattoos on her shoulders, wrists and ribcage, according to the Daily Mail. Perhaps her most well-known art is the image of Marilyn Monroe on her right forearm, which Fox once said was a tribute to the Hollywood icon’s sex appeal and timelessness.

However, the 25-year-old starlet is now undergoing laser tattoo removal to get rid of it. Some critics allege that her floundering career, which took a nosedive when she parted ways with the Transformers franchise, may have something to do with this decision.

“I’m removing it. It is a negative character, as [Monroe] suffered from personality disorders and was bipolar,” Fox told the news source. “I do not want to attract this kind of negative energy in my life.”

Back in the day, she – as well as others who have changed their minds about tattoos – may have had to undergo painful procedures such as dermabrasion or cryosurgery. Thanks to advancements in technology, individuals who want to start over with clear skin can seek out laser tattoo removal at their local medical spa.

Common lasers employ a technique known as Q-switching, in which short, high-energy pulses of light are delivered into the skin. Physicians utilize different wavelengths for various pigments in order to achieve the most effective results. The process is considerably faster and less traumatic to the skin, making it much more comfortable for patients, who are often given topical or injectable anesthesia.

The number of treatments depends on the size and location of the tattoo, as well as the individual’s ability to heal. Most people begin noticing results during the first few weeks after treatment, after which their skin art will continue disappearing.

The safety, availability and efficiency of this procedure may be good news for people who are growing tired of their ink. Getting clear skin again can be as simple as speaking to a laser specialist at a facility like Reflections Medical Spa in New Jersey.