Home | Blog | Does the fat come back after liposuction? Scientists weigh in on the issue 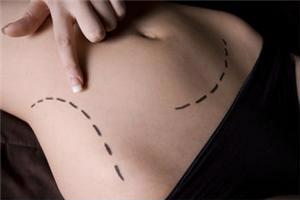 Ours is a society in which body image plays a very important role, both in our perception of ourselves and of others. Men and women all over the country want to look their best, which is why so many people are trying to make better lifestyle choices, like walking up the stairs instead of taking the elevator or choosing a salad over a cheeseburger.

While exercising and eating healthy are two of the most important things you can do in terms of losing weight, sometimes you may need an extra boost in order to achieve your ideal figure. Many Americans are in the same boat, which is why so many people are talking about laser liposuction.

The minimally invasive technique can be performed on multiple areas of the body, such as the stomach, love handles and thighs, and works to sculpt your shape without the need for major surgery. Most people only need a day or two to recover from the procedure, which relies on targeted laser energy to eliminate fat.

However, people always wonder: “Will the fat come back later or is it gone forever?” Researchers from the University of Colorado School of Medicine recently teamed up to address this question.

Led by physician Robert H. Eckel and registered nurse Teri L. Hernandez, the scientists discovered that in some patients, the fat returns within one year to other areas of the body, particularly the upper abdomen.

“The fact that fat returned is of great interest to us as scientists,” Eckel said. “It supports the idea that levels of body fat are very tightly regulated by mechanisms we have yet to uncover. This was the hypothesis we were testing and it was confirmed.”

He added that the same observation was made in rats, as the animals experienced a return of fat following its removal.

The researchers suggested that the brain somehow knows how much fat the body contains and responds in order to regulate that weight.

According to Eckel and Hernandez, the findings emphasize that liposuction is not a weight loss procedure. Rather, it is a technique that can complement healthy lifestyle choices and allow patients to sculpt their bodies to achieve the contours they desire.

“Despite fat returning, the cosmetic shape benefit was retained and [the patients] have been very happy with their surgery results,” Hernandez concluded.

However, there is an excellent chance that the fat will not return for those who are willing to work hard to maintain the results of their liposuction. Experts recommend that individuals who are considering the procedure begin making healthy lifestyle choices ahead of time, which can help them keep it up afterward. In fact, many people who undergo liposuction find it easy to remember to eat well and exercise after seeing their satisfying results.

A newly sculpted, shapely physique can be a great motivator, encouraging people to keep the fat off and get into the best shape of their lives.