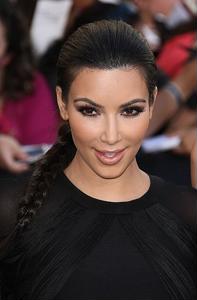 When we see Hollywood celebrities in movies and magazines, sometimes it can be hard to remember that they’re just human beings like us. They may have flawless skin, dazzling smiles and perfectly toned bodies, but they too have flaws.

Take Kim Kardashian, for example. The 29-year-old Armenian-American beauty is known for her pretty face and shapely body, but Hollywood Life reports that she’s not completely perfect. The model and actress has confessed that she undergoes a particular cosmetic treatment to ensure that she looks fabulous in a bikini.

“I am obsessed with laser hair removal,” she admitted to the news source. “Arms, bikini, legs, underarms – my entire body is hairless!”

Getting smooth, beach-ready skin is not only a goal for celebs like Kardashian, but is also a common aspiration for women all over the country.

According to ABC News, laser hair removal is effective and minimizes the chance of scarring because the light energy directly targets hair follicles without harming anything else in the skin.

This may be why the technique is among the most popular cosmetic procedures sought by Americans as summer gets closer and closer.